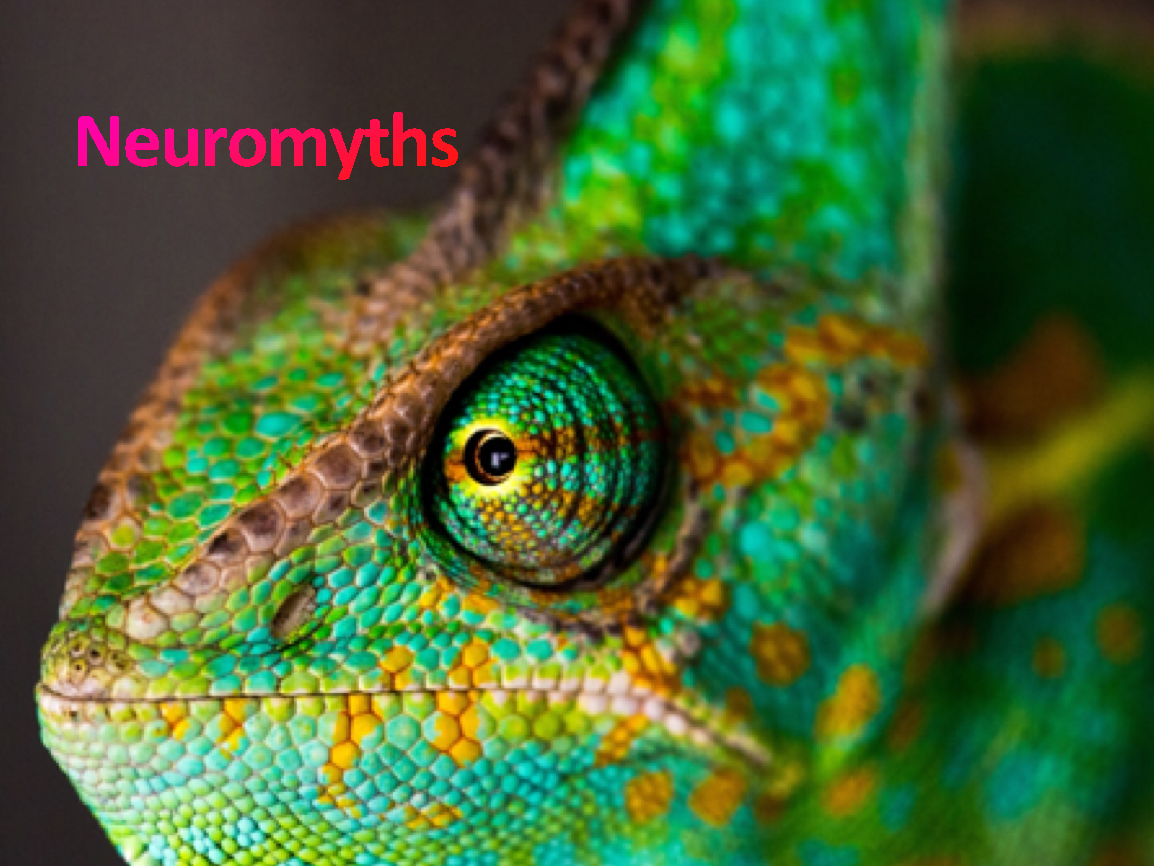 If you are a Coach or a person who happens to have an interest in personal and professional development, I hazard a guess that you have heard of the Reptilian brain; the concept that your amygdala can be hijacked; being triggered into fight and flight; the Chimp Paradox.

Popular psychology offers us these various lenses to explain the human experience, and particularly our experience in times of difficulty or where we find our feelings to be inconvenient. Through these lenses our unique ‘human’ capacity for logic and reason serves to triumph over our baser human instincts.

The concept is old and dates back to at least Plato over two thousand years ago – he described the battle between three inner forces to control your behaviour:

Next came the concept of the Triune brain. In this model formalised by American Neuroscientist Paul MacLean in the 1960s: 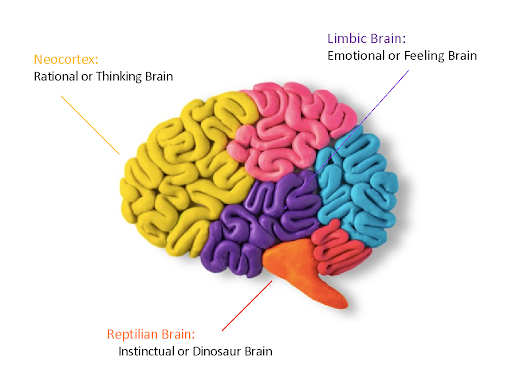 This model says the brain evolved in layers from ancient to new that allow rationality to conquer our basic human instincts. It pretty much maps Plato’s theory on to the physical brain. It was based on the best available tools at the time – theory and visual observation. More recently Professor Steve Peters, Author of The Chimp Paradox – describes our prefrontal cortex as the human part of our brain and our limbic system as our inner chimp. The human acts rationally, based on facts but the chimp only decides using emotions.

So, with Plato I accept that he was using a metaphor to describe the human experience. The issue with the Triune brain model and the popularisation of that with the Chimp Paradox and a multitude of other iterations of the same ideas is that they are simply not true – the science was discredited decades ago.

And yet this illusory truth persists.  I referred to a recently published neuroscience book this week which discredited the model and then proceeded to use it. I spoke to a clinical psychologist who teaches the Triune brain model, despite knowing that it is not scientifically true. Recently I was on a coaching course, and when considering a thinking pattern that they wished to change – two participants conjured a ‘chimp’ in conflict with their ‘reason’.

The way that we are taught that our brain works matters because it influences our experience of how our brain works. How did the chimp arrive in those people’s brains? The cocktail of a metaphor that describes a familiar human experience backed up by the authority of an expert using scientific terminology is a heady one.

In perpetuating these neuromyths we are placing reptiles and chimps in people’s brains that don’t belong there – and the question that concerns me is, rather than the intended benefit what is the unintended harm?

Ease is great. I LOVE a simple model. Learning new things uses a lot of energy (like me trying to make sense of the updated information that I am learning on this topic) but let’s make sure the simplicity helps us rather than hinders us.

These discredited myths, persist – and for me the issue with that is that they are both highly influential and overly reductive – they encourage an either or mindset, black and white thinking, Nature or nurture, Emotion vs rational brain.

If this is new information to you, what simple model can I offer you instead? What is more true, more useful and empowering for people based on more up to date information about the brain?  I’m paraphrasing and quoting from the both brilliant and accessible neuro-scientist Dr Lisa Feldman Barrett, and in particular her book Seven And A Half Lessons About The Brain, which I enthusiastically direct you to if you are interested in learning more:

Based on her work I offer you this:

This seems as good a time as any to offer my take on the meaning of life, which is that we are but an expression of “life’s longing for itself’ as so beautifully written by Kahlil Gibran in The Prophet. It seems to me that this is supported by the updated evolutional theory backed up with the latest available science.

What does this mean for us in the Now Now, and what can we do with it practically? We can use strong feelings as a cue to breathe, to shift away from certainty towards curiosity. Even better, as possessors of human brains where prediction beats reaction, we can practice it before it’s needed.

If you would like to learn more about this, join us at Breath for Coaches. You can email me for details: sorrelroberts@gmail.com